Experience our hotel’s history on a time trip through the last century. From the start of the building as a music history museum to the present day. 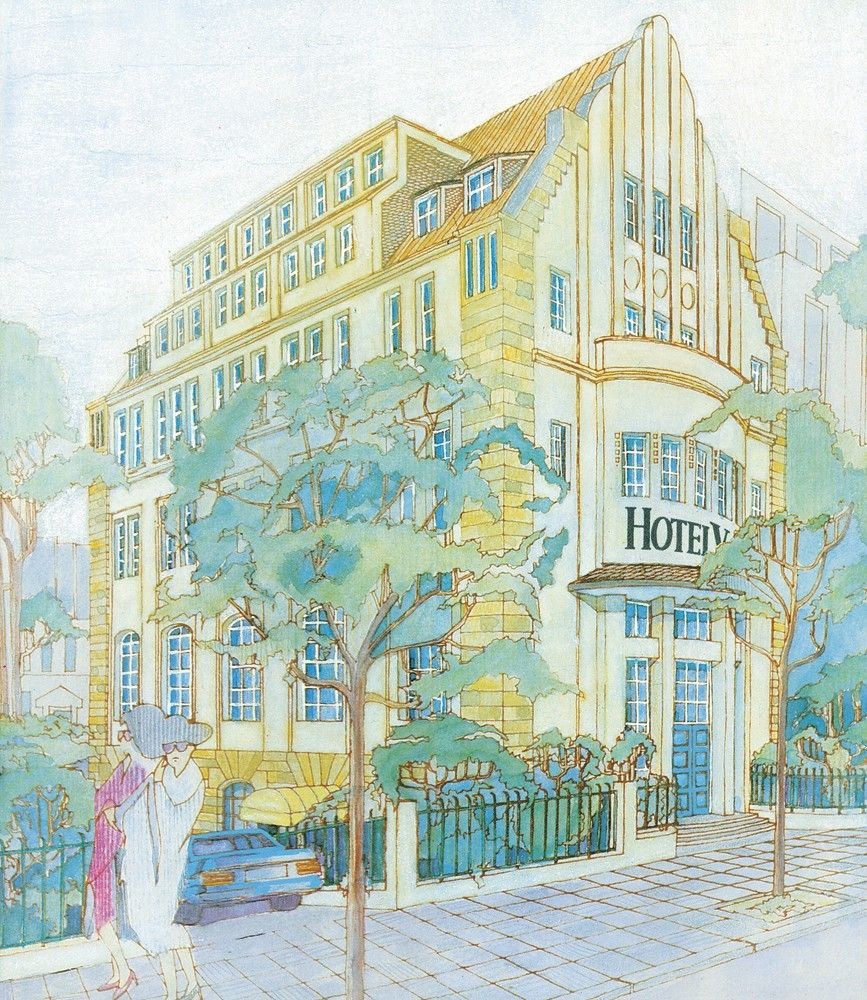 = 1849 =
Wilhelm Heyer was born in Cologne in 1849. His love of music made the subsequent paper-maker the focal point of the musical scene in the city of Cologne. His special focus of interest was collecting old instruments and bibliophilistic objects from the music scene of past centuries. Heyer enriched his own collection for example by adding the piano collection of piano-maker Ibach in Barmen and the Italian instruments collection of Baron Alessandro Kraus in Florence. The collection thus grew to a total of 2.600 instruments – along with 1.700 musical autographs, 4.000 musicians’ portraits, almost 20.000 letters by great masters and unique bibliophilistic items. All the instruments had to be in playable condition, to which end the collection received its own adjoining instrument-making workshop. The matching setting for this comprehensive collection was to be an impressive building in Cologne, Worringer Straße 23.

= 1905 =
In 1905, the Cologne architect Carl Moritz constructed the splendid building based on the aesthetic conceptions of neo-classicism along with strictly art nouveau decorative forms. Soon after the opening of the “Museum of Musical History of Wilhelm Heyer in Cologne”, Cologne came to be regarded as the Mecca for instrument experts and music researchers.

= 1909 =
In 1909, the musicologist Georg Kinsky was appointed curator at the Museum of Music History in Cologne. As a former employee in the music department at the Royal Library of Berlin, Kinsky was predestined for the scientific preparation of the collection (4 catalogue volumes). 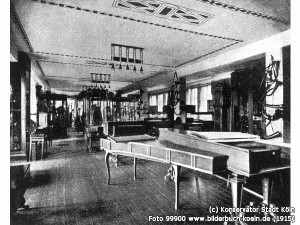 = 1913 =
In 1913, the museum was festively opened with historic chamber music. One of the most important collections in Europe – in addition to the impressive instrument museums in Berlin, Brussels, Paris and London – was opened to the general public. Diverse after-effects of Heyer’s activities are still evident today, for example, the “Old Music Movement”, which began at the then Cologne College of Music.

= 1926 =
In 1926, the Heyer private collection was moved to Leipzig for financial reasons, a loss which Cologne’s city fathers deeply lamented in the years that followed. Today, the collection is almost completely housed in the Musical Instruments Museum at the University of Leipzig.
(further information in german as PDF)

= 1988 =
In 1988, interested parties were acquired for a revised building concept and its realization as a hotel. Due to the rigid requirements laid down by the Cologne Department of Preservation of Monuments, the building damaged in World War II was restored, leading to the jewel of the former museums once again becoming a jewel among Cologne’s hotels of the new age.

= 1989 =
In 1989, the Hotel Viktoria was opened. Not only the restored historical buildings complex, but also the design of select rooms with memorabilia associated with leading musicians of the past have led to a revival of the founder’s idea.